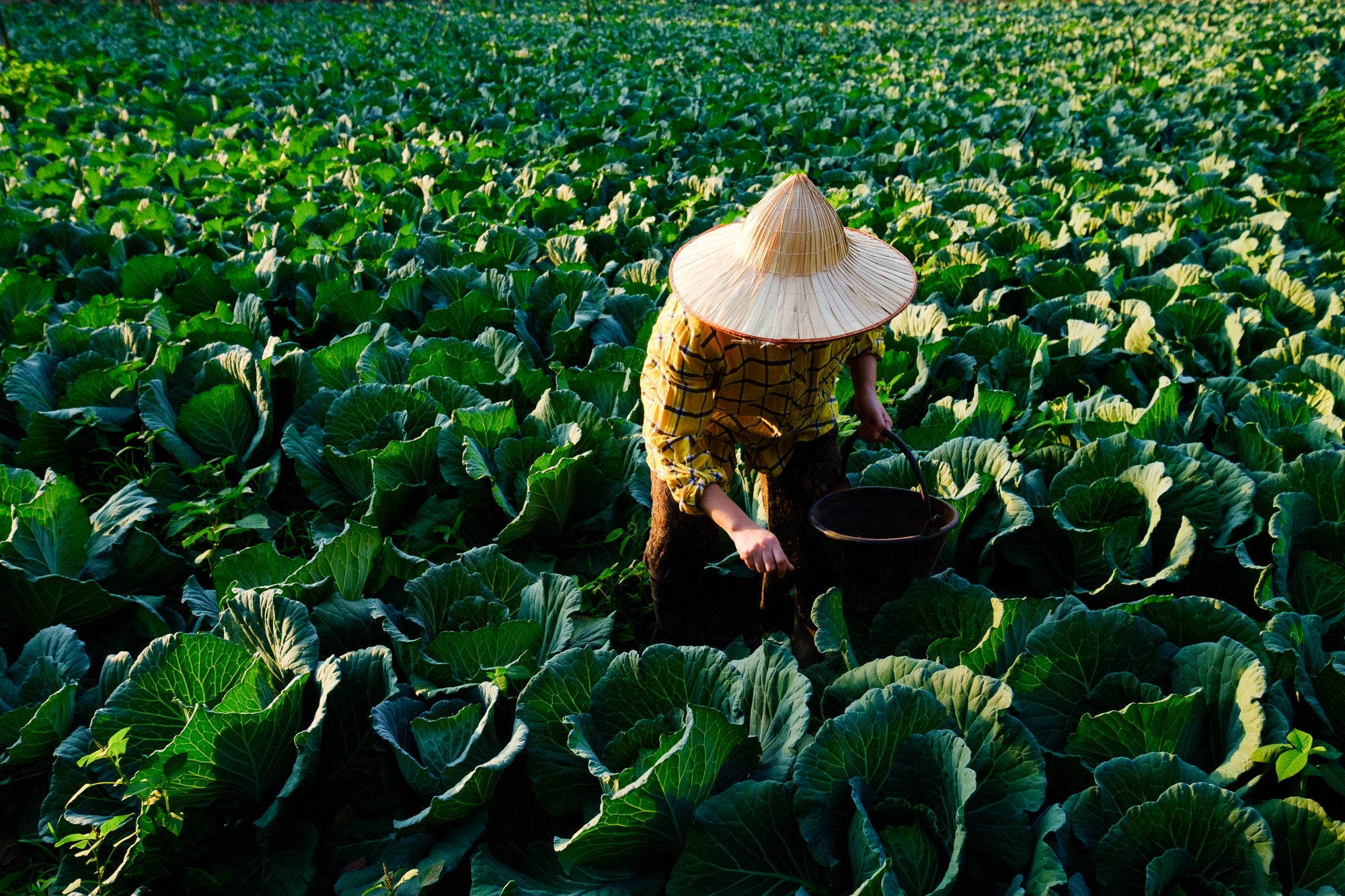 Organic fertilizers are made from the decomposition of organic waste i.e. plants and animals. Processed fertilizers that have a compost or manure base are also termed organic fertilizers. Organic fertilizers deliver important nutrients to the soil, improve its fertility and help achieve quality yield. They have been a part of agriculture for ages. However, they were replaced (to a major extent) by inorganic and commercial fertilizers after the industrial boom in the 19th century.

Because they decompose so fast, inorganic nutrients do not add much fertility to the soil either.

Improve The Health of The Soil 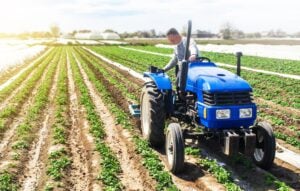 The reason why inorganic fertilizers don’t contribute much to the health of the soil is because of the lack of carbon in their chemical composition. Carbon is needed for microbes and bacteria to derive energy and thrive. The chemical composition of organic fertilizers is similar to that of microbes. They contain all the important elements such as carbon, nitrogen, potassium, and nitrogen that are needed by microbes to exist in an environment.

They Are Safer For Human Consumption

They Are Environmentally Safe

We specialize in nutrient management at American Tree. Call us at (973) 744-6091 to get customized organic and liquid injection fertilizers for your plants to meet all their nutrient requirements. We provide services in Montclair, New Jersey, and nearby areas. 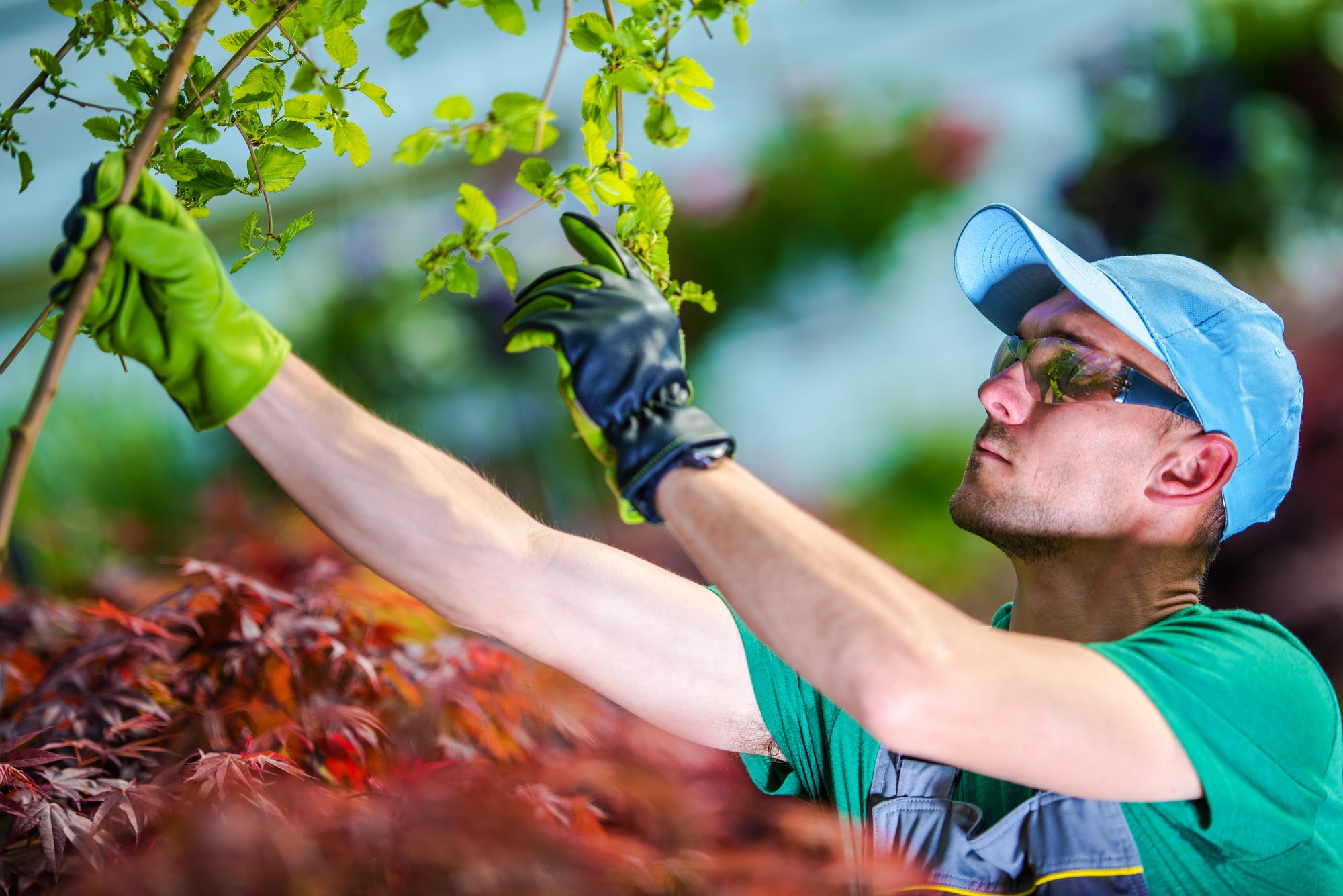 Gardening is a fun and productive hobby. It not only brings you closer to nature but also gives you fresh, home-grown fruits and vegetables. Disease-causing plant pests are the biggest threat to your garden. They not only destroy the product but can also cause several diseases to the plants. To save your garden from a pest attack, it is important to take precautionary measures and remain on the outlook of telltale signs of a pest infestation and the diseases caused by them.

To do so, educate yourself about the most dangerous disease-causing pests and how to identify them.

Top of the list is aphids. They are small pear-shaped insects. They have long antennae on the front and two tubes on the rear side that come out from their abdomen. Aphids attack fruits, vegetables, ornamentals, flowers, and shade trees in North America. They damage the plants in the following ways:

If you fear an aphid infestation has taken place, do the following:

These parasites infest crops that belong to the cabbage family, such as Chinese cabbages that are grown in North America. The maggots are found in the roots, and they destroy the plant by eating it away. Cabbage Maggots also create passages for disease organisms. To deal with their infestation, do the following:

Caterpillars are the larvae of butterflies. They destroy the leaves and fruits by chewing on them. Their distinctive features are a harder head capsule, six legs in the front, and false legs on the end. Caterpillars thrive on fruits, vegetables, ornamentals, and shade trees. To control their infestation on your plants, do the following: 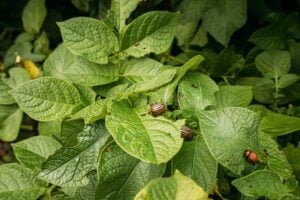 These beetles attack several vegetables including potatoes, tomatoes, eggplant, petunias, and cherry tomatoes that are grown in North America. Colorado Beetles have distinct yellow-orange bodies that are decorated with ten black stripes on wing covers. These beetles defoliate plants and kill the young plants. They also reduce the harvest of plants. To deter these pests:

These beetles feed on cowpeas, snap beans, soybeans, and lima beans. Mexican Bean Beetle is commonly found in Arizona, Texas, Utah, and Nebraska. They are a quarter an inch long, oval in shape, have yellow-brown bodies, and their wing covers are decorated with 16 black spots. Mexican Beetles chew on the leaves of plants from underneath and leave a lacy appearance behind. To deter their growth:

These home remedies for controlling pests have their limits. If a serious pest infestation has taken place then contact American Tree Experts. They provide professional pest management services in Mont Clair, New Jersey, and nearby areas. 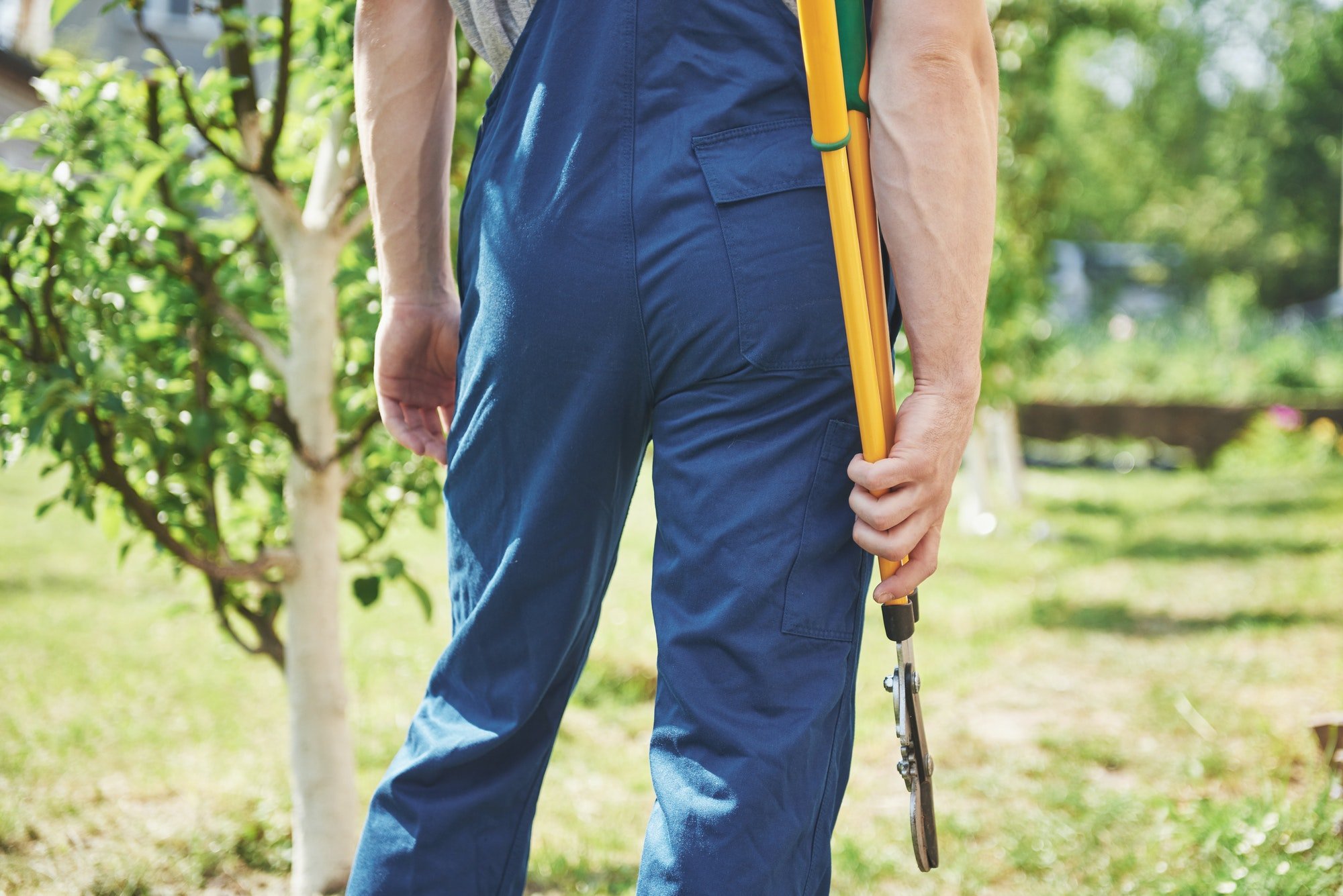 Learn everything there is to know about tree cabling

Most people know the importance of strategic pruning for their tree’s healthy growth. However, if your tree has weak branches, structural defects, and V-shaped stems then pruning might not be beneficial. You should consider getting your trees cabled. Tree cabling is a support system to help your trees stay healthy and prevent damage in the future. We have written a beginner’s guide to get you to know more about it. Read about it below:

What Is Tree Cabling?

Weak branches pose the risk of snapping especially during thunderstorms and thus damaging your property. Weak branches can also hinder your tree’s healthy growth. In all such situations, cabling the tree can effectively help your trees flourish better and keep everyone safe.

Tree Cabling As A Support System

Tree cabling acts as a support system for your trees in a variety of scenarios. The three main reasons are:

One of the most common warning signs is if you notice your tree leaning towards a certain side. If a thunderstorm or a severe windstorm occurs, your tree has the potential to be uprooted. Cabling will help prevent that from happening.

Steel and rod systems utilize extra high-strength cables that restrict flexibility. They offer a better support system for trees that have serious structural issues and are at greater risk of causing damage.

It is highly recommended to call tree maintenance professionals also known as arborists. American Tree Experts Inc. is a team of highly qualified and skilled arborists. We provide services to New Jersey. You can call us up to book your free tree assessment. Our experts will explain and suggest what tree cabling system is best suited for your trees. 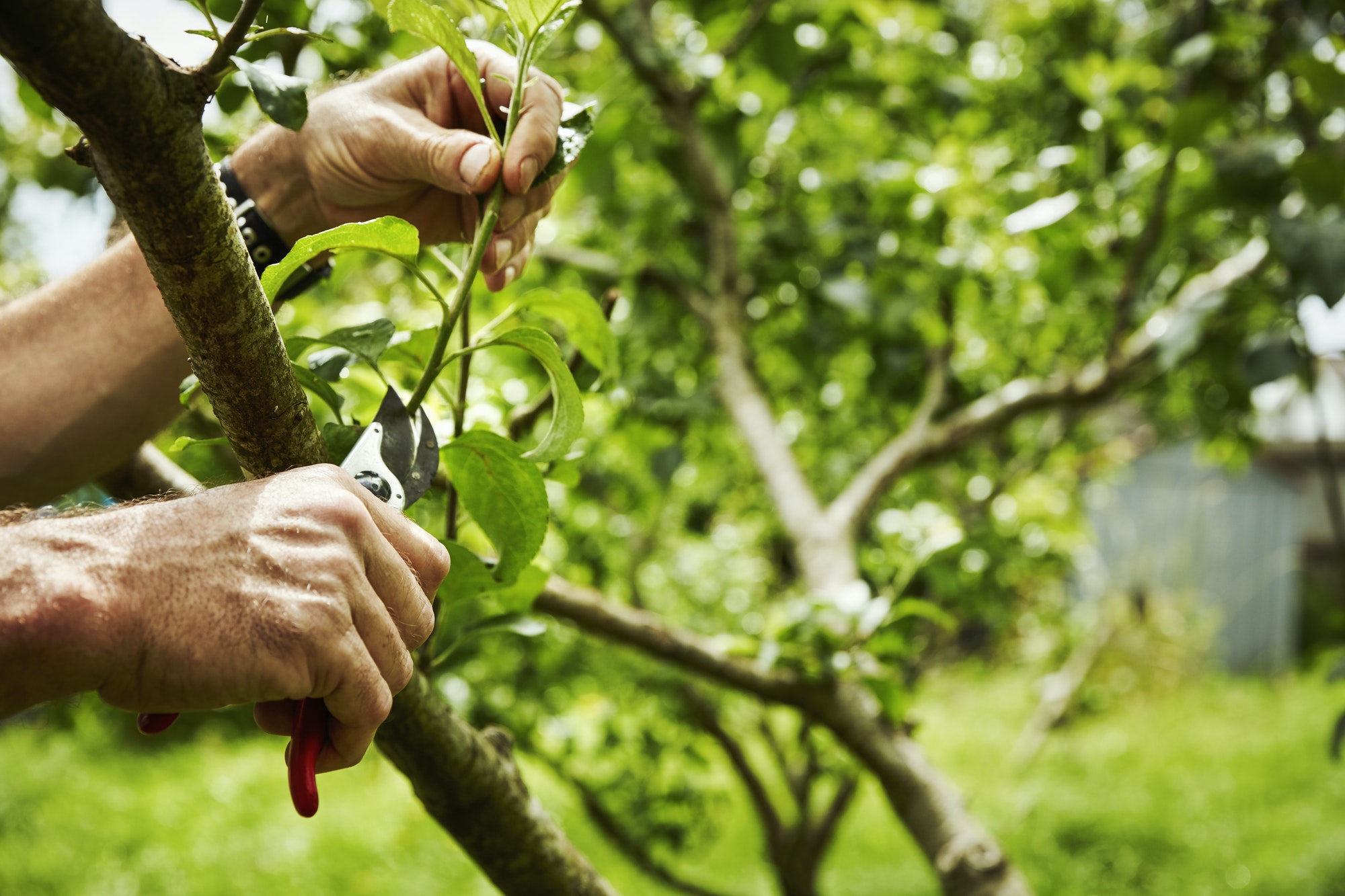 Trees like humans require regular maintenance. If not trimmed and pruned, they can become wild and distorted. Pruning is the process of selectively trimming certain parts of the plant such as buds, branches, and spent flowers. Pruning ensures preventive maintenance of the tree. Regular pruning is not only good for the health and appearance of the plant but also protects other plants, people, and property from injury.

Pruning also prevents pest infestation. Let us take a look at the importance and benefits of pruning trees.

Why is Tree Pruning Necessary?

Improves The Health of The Tree

Improves The Structure and Appearance of The Tree

Overgrown trees give a wild appearance. The hanging branches can even make your home look like a haunted place and decrease the appeal of the property. Well-pruned trees not only look good but they make the nearby properties look sharp and proper as well.

If these trees become too big and wild, they can present certain safety hazards. For e.g. overgrown branches can interfere with electric wires and start a fire. A weakened and overgrown tree limb can drop off during a storm and can crash over a home or some other structure. Likewise, a weakened tree limb may not be able to support the weight of a child on a swing and can come crashing down, causing massive injuries.

Give You An Unobstructed View

Tree pruning requires professional tree experts. American Tree Experts offer services for tree pruning in Montclair New Jersey and nearby areas. Call Us at (973) 744-6091 to get a free estimate of our services. 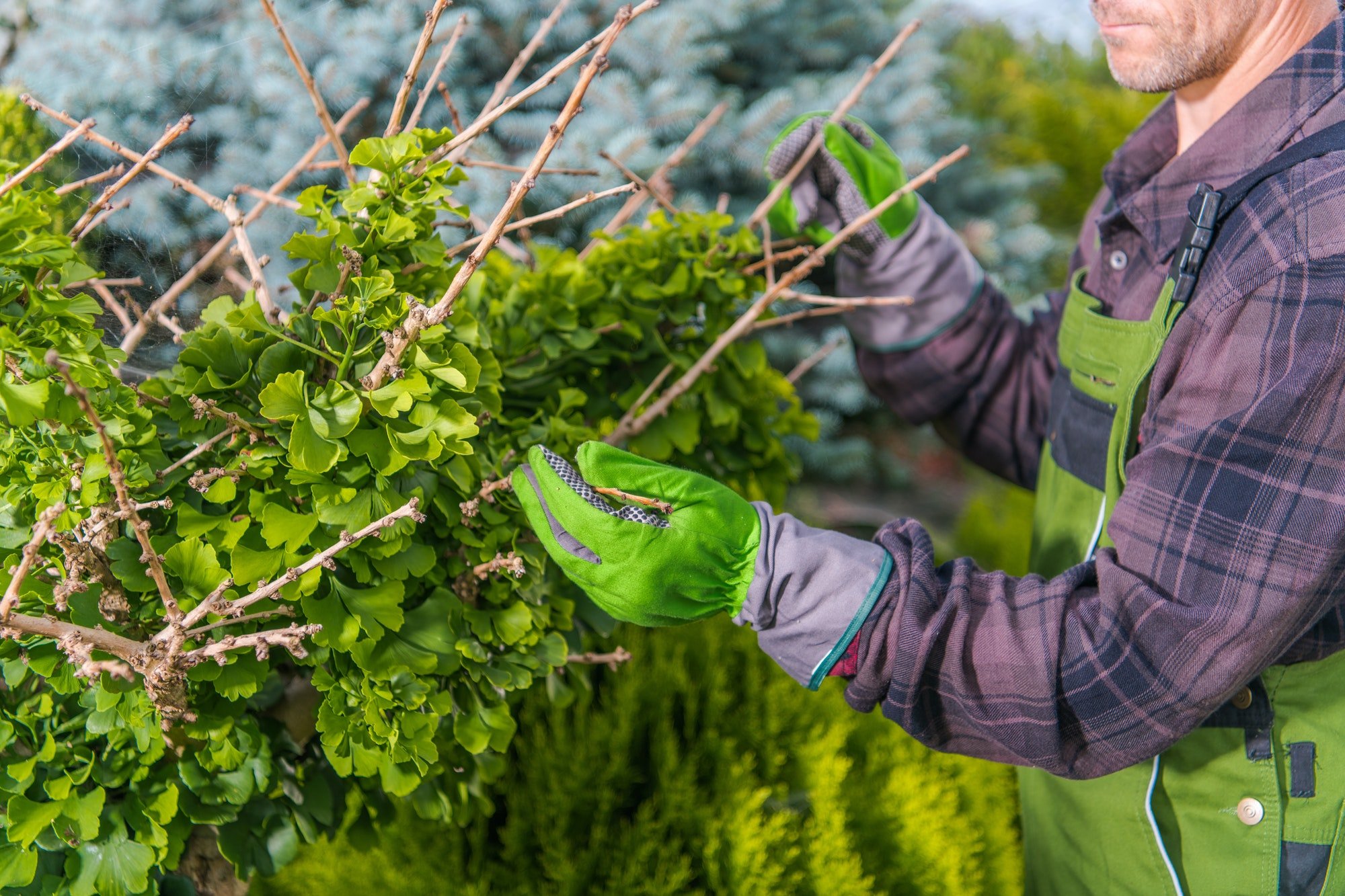 4 signs of nutrient deficiency in trees that require immediate attention

Nitrogen is one of the most important plant nutrients. It is a component of all plant fertilizers. Nitrogen is needed for the optimal growth of plants especially for the development of fruits and seeds. It makes the leaves healthier and bigger and increases the maturity of plants. The deficiency of this important nutrient can impede the growth of plants. Nitrogen deficiency manifests in the following ways:

It also speeds up maturity in plants. Plants take up phosphorus in the form of phosphate. Common signs of phosphorus deficiency are: 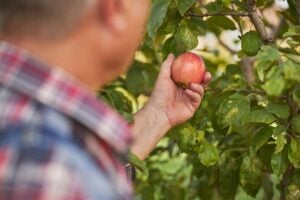 It is the third important plant nutrient. It is found in all nutrients. Potassium helps in the manufacture of plant sugar. Energy is derived from sugar to perform important functions such as protein synthesis, root development, and mitosis. Potassium also strengthens the immune system of plants.

Calcium is an important component of the plant’s cell wall. It adds structure to the cell walls. It is also needed to produce new root tips. Unlike the above three primary nutrients, calcium does not travel in the plant and remains in specific parts of the plants. When a plant is deficient in calcium, it remains in the older tissue and is not taken up by the young plant tissue.

Ash Trees in Danger in Our Area

The Emerald Ash Borer, an insect that has been wreaking havoc on ash trees in the central United States for the last few years has finally invaded our area.  This insect feeds only on ash trees and repeated feedings can lead to tree death.  Once infestation has begun, trees often die within 2-4 years.

What can you do if your trees are infected?

Well first you need to know if your tree is an Ash tree.

Is Your Tree An Ash? 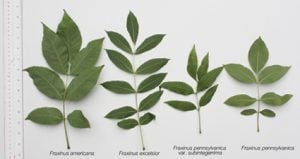 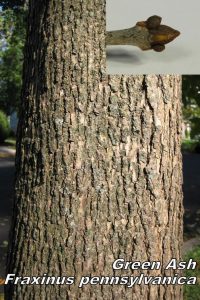 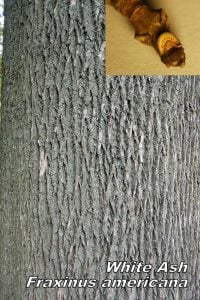 Some Signs & Symptoms To Look For 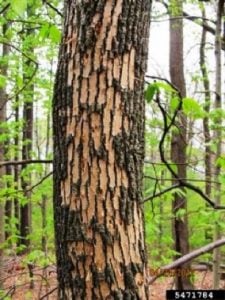 The damage is usually diagnosed by 1/8” D-shaped exit holes in the bark or by the serpentine winding trails seen when loose bark is peeled away. 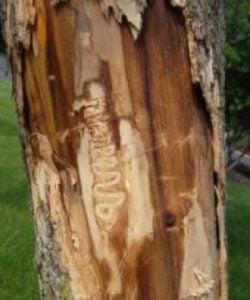 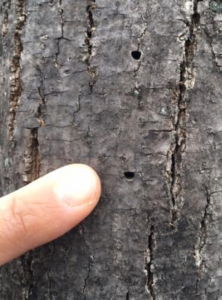 Even with the above information you may not notice the signs until it is too late. We here at American Tree Experts have been dealing with the Emerald Ash Borer specifically in Montclair, New Jersey quite often. We can treat and prevent your ash trees from becoming infected and help trees that are already infected.